Kurdish refugees and we want to live together

We will welcome many foreign workers from April by the revised Immigration Law.
There are already 1.28 million foreigners living in Japan as workers in Japan.
The reality is that you can not maintain Japanese society without relying on it.
In addition, many Kurdish refugees live in Sakai and Kawaguchi in Saitama. Kurdish refugees
About 20 years have passed since I came to Japan, but the Japanese government
So far no Kurdish people of Ruko nationality have been recognized as refugees.

Japan for a long time
Despite living in society and becoming established in the community, many
Since Kurdish people can not obtain a formal status of residence, they are extremely
I am forced to live an unstable life. Some immigration countries
Even those who are detained in their detention facilities and forced to return home.
In the background, refugees who have escaped persecution are said to have “no refugee status”, and they are forced to return home.
There is a policy of the Japanese government.

We live in different ways with people from abroad who have various circumstances and
Do you want to create a similar society?
Find out what the refugees have escaped from, and seek ways to live together.

Refik Tekin Profile
journalist.
Born in Semdinli City, Hathari, Turkey. 2006-2012,
In the "Kurdish Report newspaper", "Metrographic communication"
I worked as a photographer. Then in October 2016 in the State of Emergency Order
Work in the closed IMC TV Diyarbakuru branch. Gore out of the city
Although I was injured during coverage on the 38th day, I still have something happening around
I kept it in the camera image.
In this video named “Citizens are under the gun,” Metin in 2016
Gokutepe Péjournalism Award, Hulk Everli News coverage in 2016
Freedom Award, 2016 Turkish Journalism Industry (TGC) Press Freedom Award,
Human Rights Association (IHD) Aishenul Zarakor Thought, Freedom of Expression Award in 2016
I received it.

Zehra Dogan Profile
Artist, writer, journalist.
Founder of the feminist agency JINHA. From the Turkish government "illegal groups"
Are accused of being members of more than 150 journalists in Turkey
The list is imprisoned).
Turkish government on July 21, 2016 on the grounds of drawing articles and pictures she wrote
Arrest and imprisonment. Receive a 2-year, 10-month prison sentence. Released on February 24, 2019.
A contemporary artist from China, Ai Mii, is an international pen club.
Through, I asked for her immediate release by letter. International Penn Club and Amune
Sty International is a political prisoner who should defend Zephra in 2018
I was alone. Street art artist Banksy goes to Zefra
In honor and create huge murals in the streets of Manhattan. Write "release"
Attached. 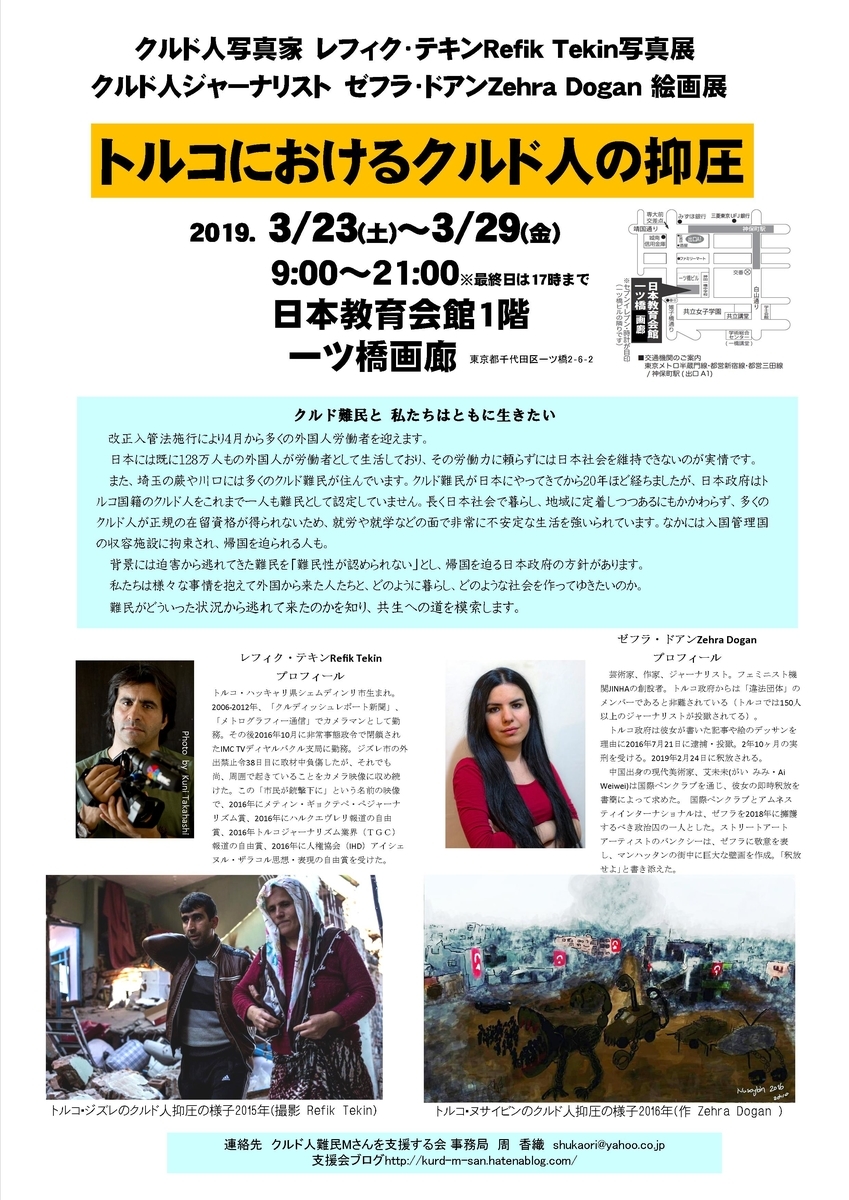